The Best Outdoor Games for Glamping

Glamping at Penhein is all about getting away from it all, leaving technology behind and enjoying the great outdoors.  To help you and your children make the most of the glampsite, here are our favourite classic outdoor games which will help you do just that. All the equipment you’ll need for these games can be found in our Big Box of Fun – and feel free to change the rules or make up your own. Just use your imagination! 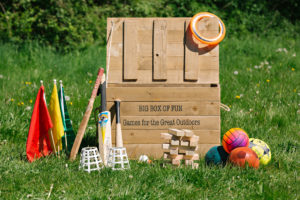 A favorite game in Tudor and Victorian times, this game is yet another variation on tag. The person who is “it” wears a blindfold and tries to tag the other players.

Tip:Establish a safe play area with boundaries
Number of Players: A small group.

This game is most fun when played with a large group. Split the group into two teams, each team having a flag or other marker at the team’s base. The object of the game is to run into the other team’s territory, capture their flag and make it safely back to your own territory. You can tag “enemy” players in your territory, sending them to your jail. They can be sprung from jail by a member of their own team running into your territory, tagging them and running back, with one freed person allowed per jail break. It is sometimes played that all the people in jail could hold hands and make a chain back toward their own territory, making it easier for members of their team to tag them. We also played a similar game called Steal the Sticks. It had almost the same rules, but several sticks were used instead of one flag.

Number of Players: A large group.

Equipment: Two flags or other markers.

Cricket is basically a simple sport. Each team takes its turn to bat (scoring runs) and bowl (getting the opposition batsmen out). The team with the most runs at the end wins. Unless the game is drawn, of course . . . Like any sport that’s been around for a while, cricket has its own laws, legend and language.

Number of Players: Minimum of 4 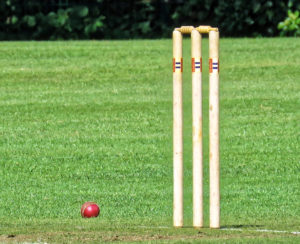 French Cricket is a social version of cricket which can be played anywhere.  The rules of French Cricket vary, but here is a list that many games are based on:

Number of Players: Minimum of 3, the more the merrier.

Football needs no explanation; so all that’s waiting is for you to grab a ball from our Big Box of Fun and starting playing on our 5-a-side pitch.

Number of Players: Minimum of 1 (for some goal practice) and up to 10. 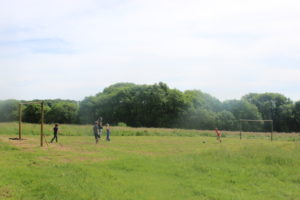 Everyone has played this one. We’ve heard of all kinds of variations on this game. The general idea is that one person is “it,” that person closes his or her eyes and counts to a certain number without looking and then he or she tries to find the others.  Instead of just counting to 10, 20 or 100, set up a “home base” to run to and become “safe” or be traditional and wait to be found. 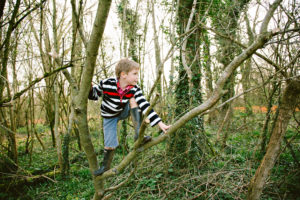 This game is a variation of tag and hide & seek. One person or a team of people are designated as “it” and a can is placed in the middle of the playing area. The other people run off and hide while the “it” covers his or her eyes and counts to a certain number. “It” then tries to find everyone. If a person is tagged by “it”, they go into a holding pen for captured players. If one of the un-captured players manages to kick the can, the captured players are released. The game is over once all the non-“it” players are in the holding pen.
Number of Players: At least three.

Equipment: A metal can.

Divide everyone into two teams, each forming a long line, holding hands, facing the other team. The two teams should be around 20 or so feet apart. The teams take turn calling out, “Red Rover, Red Rover, let (child’s name) come over!” That child leaves their team’s line, runs as fast as they can toward the other line and tries to break through the held hands. If they break through, they get to take someone back to their team. If they don’t, they join the new team. When a team only has one person left, that person tries to break through the other team. If they do not, then their team loses. If they do, they gain a player and play continues.

Number of Players: Minimum of 3

This game can be played anywhere, inside or out. One person is Simon and starts by saying, “Simon says, (e.g “stand on one leg”)’”. Everyone must then do the action. However, if Simon makes an action request without saying, “Simon says” to begin the request, anyone who does that action is out. The last person still playing in the end will be Simon for the next round.

This outdoor game is a lot of fun. Every player gets a number and crowds around the person who is “it” for that round. “It” then tosses the ball straight up and the other players run away. As the ball reaches the top of its toss, “it” calls out the number of one of the other players and then runs away also. The player whose number was called must run back and catch the ball (or chase after it if it is bouncing around). Once that person has the ball, they yell, “Spud!” Then everyone else must freeze. The person with the ball must try to hit one of the players with the ball. If they do, that new person gets a letter (first S, then P, then U, then D) and is now “it.” If they miss, the person who threw the ball is “it” for the next round.

Equipment: Any ball – not too hard. 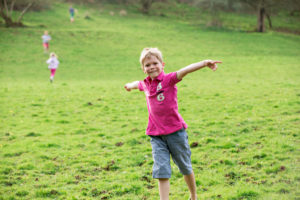 It seems that everyone knows how to play tag, but just in case it wasn’t in your childhood game playing repertoire, here is how you play. A group of kids decides who will start out as being “it.” That person chases the other people around, trying to tag one of them with their hand. The newly tagged person is now “it.” There is often the rule of “no tag-backs” where you can’t tag the person who just tagged you. The game ends when everyone is tired of playing.

Number of Players: Any size group.

This is a variation of Tag where if the person who is “it” tags you, you have to freeze where you are. Another participant can tag you to unfreeze you.

Everyone starts by standing in a line. One player is Mr Wolf and he/she takes 20 paces forward and stands with their back to the others. Then the others all call out together “What’s the time Mr Wolf?”. The wolf turns around and calls out a time, for example “8 o’clock”, which means the others take  8 steps forward. 3 o’clock is 3 steps, 5 o’clock is 5 steps, etc. They keep on doing this until Mr Wolf decides to shout “DINNER TIME!” instead, and chases the group. If he catches someone before they reach where they started they become the wolf.

Number of Players: Minimum of 3, the more the merrier. 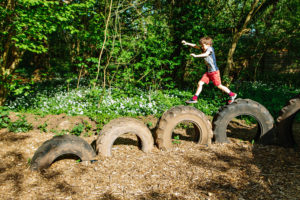 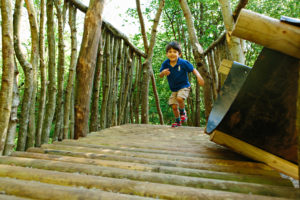 And finally, don’t forget that we’ve got a new Adventure Playground this year with rope swings, balance bars and a super slide. And if it rains, our communal tent, Petro is stacked with family board games for all ages.

To book click here or to read more about why glamping at Penhein makes the perfect family break click here.